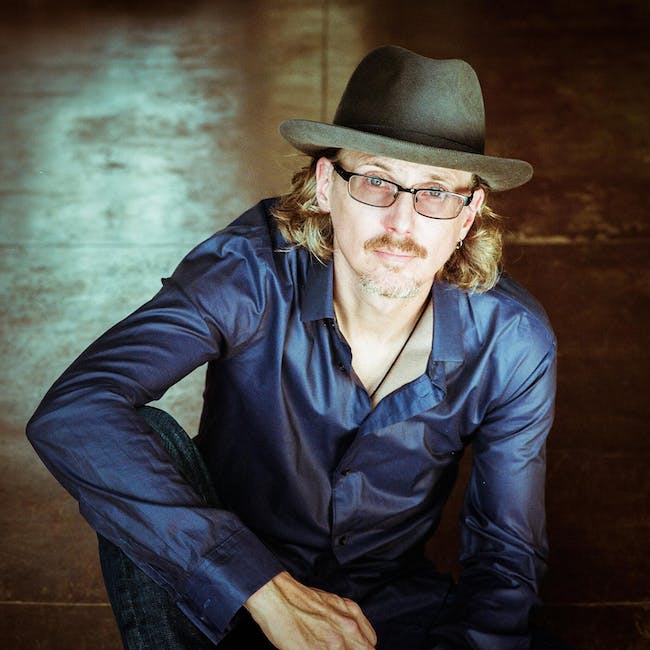 Bill Small is no stranger to diversifying his skills; he’s made his living as a singer, songwriter, multi-instrumentalist, Mystiquero, entrepreneur, artist, producer, vocal coach, business and personal coach... all facets that combine into a potent musical force evident on his latest release, Call Me Lucky.

Bill grew up in a musical household where everyone could sing, just a stone's throw from the Big Apple. From Sinatra and swing to show-tunes. Todd Rundgren to Pink Floyd. Growing up in the 70's with FM radio and 2 older sisters to steal records from, he caught the music bug bad. Part of his teen years were spent learning everything he could about theater while working as a student performer and intern at The Whole Theater Company in Montclair, NJ. When he wasn't doing that he was writing songs and.....you guessed it, playing in bands!

Bill moved around some during high school with his family, and then on his own after graduation, and always found a band to play music with. Playing in bands has been a constant for most of his life. After 2 years studying voice at at Berklee College of Music in Boston, and another couple of years living in Jersey and working in New York City, he decided to make a change. His family had lived in a magical place called Austin, TX before he was born, and when he was very young, they used to take family vacations to Texas. He had been hearing about all the great music there and of course, being in his "Guitar Slinger" phase, the lure of Stevie Ray was too hard to resist. Bill moved to Austin along with two great friends and fine musicians from Jersey, and they found themselves performing all over Austin in the early nineties as Heavy Weather.

More bands came and went in the nineties (Radio Thieves, Stringbones), and a solo record entitled Singin. There was a move back to Boston, then to Nashville, a divorce and then finally a move back to Austin in 2004. As Bill puts it, fate intervened for his longest running band gig to date. “I got a call from my friend Marcus Eldridge, another old friend from Texas who had recently returned from Nashville. He was having lunch with my friend John Greenberg, and Walt Wilkins. I heard Walt in Nashville and we met once briefly, and I was a big fan of his music. Walt needed a band for a gig at Gruene Hall and John was kind enough to remind him that I played the bass. So the Mystiqueros were born on stage at Gruene Hall in the spring of 2006. Best band I've ever worked with. Period.”

Since then, there's been more records produced and or engineered, lots of miles, lots of shows, and lots more to come. Call Me Lucky is Bill’s latest solo offering...a soulful and thoughtful album full of plenty of stomp and groove. Coupled with Bill’s unmistakable vocal style, it makes for a journey just as entertaining as his life story.