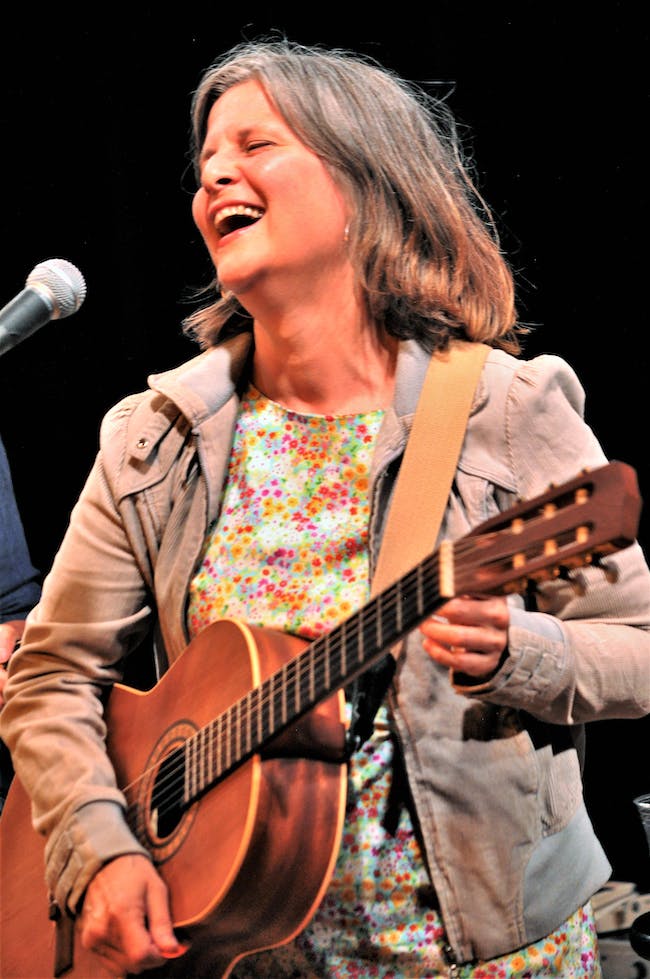 Jenifer Jackson is an American songwriter, singer and guitarist known for crafting intimate, understated pop songs. She embraces elements of old fashioned country, bossa nova, and folk in her writing and singing, and always with great soulfulness.

Her songs have appeared on television ('Bloodlines') and film soundtracks ('Run, Fat Boy Run' and Independent Spirit Winner 'Daydream Believer') and have been covered by a wide variety of artists in the USA and Europe.

Jackson currently makes her home in Austin, Texas but has lived in Boston and Manhattan, in Sicily, where she became fluent in Italian, and in France, where her first recordings were produced by new wave iconoclast Wreckless Eric.

Her 11 solo albums have taken her on tours around the world, landed her on broadcasts such as NPR All Songs Considered, World Café and Mountain Stage, and enabled collaborations with notable musicians including Pat Sansone (Wilco), Greg Wiczoreck (Norah Jones), Paul Bryan (Aimee Mann), Oren Bloedow (Meshell Ndegeocello) and Nate Walcott (Bright Eyes).

"There's a particularly soft, almost naïve sense of beauty to Jenifer Jackson's songs that belies the sophistication of their craftsmanship and presentation," wrote CMJ.

Her album BIRDS, produced in Nashville by dear friend Brad Jones, was named "the soft pop record of the year" by Tangents magazine.

"Jackson is a songwriter first, a sweetener second," wrote The Onion's AV Club. "Sketches of urban romance that alternate joyous delirium with desperate loneliness, all laced with persistent feelings of need."

"I've lived in so many cities and spent time in a lot of the great urban centers of the world," says Jackson. "But as a songwriter, I'm most inspired and at peace in nature, whether it's near the ocean or in the desert, or close to animals.”

"I long for lastingness, in love, in melody, in memories. But I know everything has its time. I write and create for lots of reasons, and a main one is to capture the feeling of a moment and make it last within the world of a song."