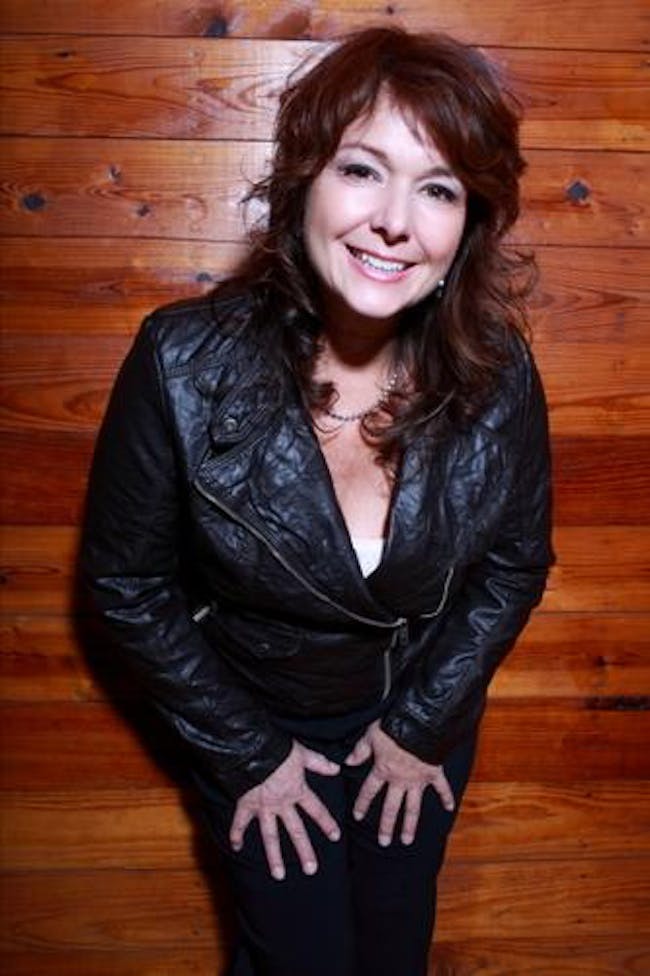 Every so often the humidity in Austin, Texas, Leeann Atherton’s adopted hometown, hangs so heavy in the air that even a few minutes out-of-doors feels undeniably sultry. Then a storm breaks open the sky and rain flows like cosmic champagne, and when the sun comes out the next morning a magnificent breeze caresses the town, smelling like it just got in from the Atlantic coast.

Something similar happens listening to Leeann Atherton. Like the singer herself, who came to Austin via Charleston and Nashville, her songwriting suitcase is full of a seamless blend of twang, soul, gospel and blues owing a lot to Leeann Atherton’s background. Steeped in southern roots, stewed in Texas blues, raised by a hillbilly housewife and an Alabama gentleman in Charleston, South Carolina, away from the shopping mall culture, she put herself through college singing in a beach music dance band. She studied the spirituals of the South Carolina islands, sat in with a rural black choir, and joined the hardened professionals at work in Nashville song factories. “I loved the way those Ft. Worth boys sang “baby””, Leeann gleams. A road trip to Texas was all it took, and Leeann’s independent roots flourished in the fertile musical ground of Austin.

Her first Texas recording sessions at Willie Nelson’s Pedernales Studio introduced her to Robert Earl Keen’s acclaimed guitarist and producer, Rich Brotherton. Forming a musical friendship, his musical style completed her first independent release “Only Glory”. Rich was chosen by Steppin Stone Records to produce her acclaimed Americana recording “Lady Liberty”, garnering #1 in local and independent charts (Austin Chronicle, No Depression), and receiving international airplay. Her musical journey continued with self produced releases “Mama’s House” an acoustic/electric blend of twang and folk and “Every Day Dream” a soulful look at the blues. Joining forces with the legendary Slim Richey, they recorded a CD of Jazz standards “Limited Edition”. Her recent collaboration with Russian composer Zhenya Rock produced “Gypzee Heart”, a blending of their respective folk cultures. With her current release, “Heart Traveled Road”, Leeann returns to her roots with Rich Brotherton in the producers’ seat again, along with a cast of Austin’s #1 List of session players.

Barefoot Fields, her latest album, is an intimate collection of low-key torch songs. It’s the result of a year of recording with producer Rich Brotherton (Robert Earl Keen guitarist) at his home studio. “I wanted something that reminded me of my folky, hippie days,” the singer says. “It’s stripped down, laid back and cozy.” Atherton sang and played acoustic guitar on the album, while Brotherton added harmonies, guitar, bass, cittern, dobro, accordion and percussion to the songs, bringing them to vibrant life. “I like to lose myself in a song and working with Rich made that easy to do. His impeccable guitar playing melds well with my sense of melody. He’s a great singer and his ability to flesh out the harmonies brought out the best in the songs.”

Atherton is known for her powerful, larger than life vocals, imbuing every performance with a stirring passion. That fervor is evident on every track of Barefoot Fields, but it’s delivered with a controlled restraint that invites you to open your heart and get in touch with your deepest emotions.

Leeann Atherton’s voice is a force of nature, as electrifying and volatile as the weather in her hometown of Austin, Texas. She combines Bonnie Raitt’s grit, Billie Holiday’s understated soulfulness and her own exuberant spirit into a sound that’s equal parts honey and gunpowder. She’s able to shake your body and lift you up, while keeping your feet firmly anchored to the earth.