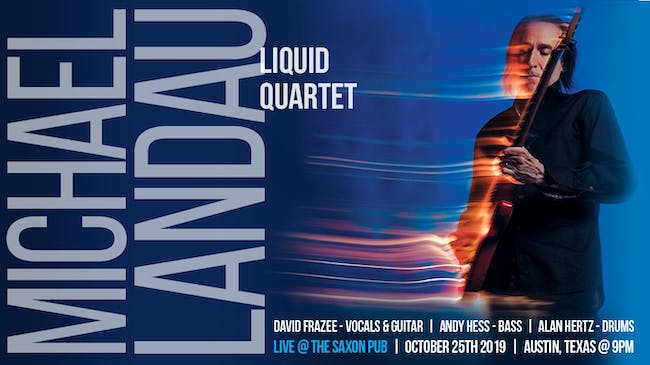 Michael Landau was born and raised in Los Angeles. He received a Grammy this year as a member of the Steve Gadd Band, and as a prolific studio guitarist he has appeared on more than 700 albums since the early 1980’s. Some session highlights include: Pink Floyd, Miles Davis, B.B. King, Ray Charles, Joni Mitchell, James Taylor and Rod Stewart. He has shared the stage in band projects with Robben Ford, Jimmy Herring, Wayne Krantz, Steve Gadd and Kirk Fletcher, along with touring in past years with James Taylor and Joni Mitchell. With many releases under his own name, the latest being the critically acclaimed ‘Rock Bottom’ on Mascot Records, his music flows intensely, ranging from spooky ballads with beautiful improvisation to rowdy voodoo rock 'n' roll with vocals. The Michael Landau Liquid Quartet features an all-star band that includes Andy Hess on bass (The Black Crows, John Scofield), Alan Hertz on drums (Steve Kimock) and David Frazee on guitar and vocals.